The engagement traditions modern couples are turning on their heads 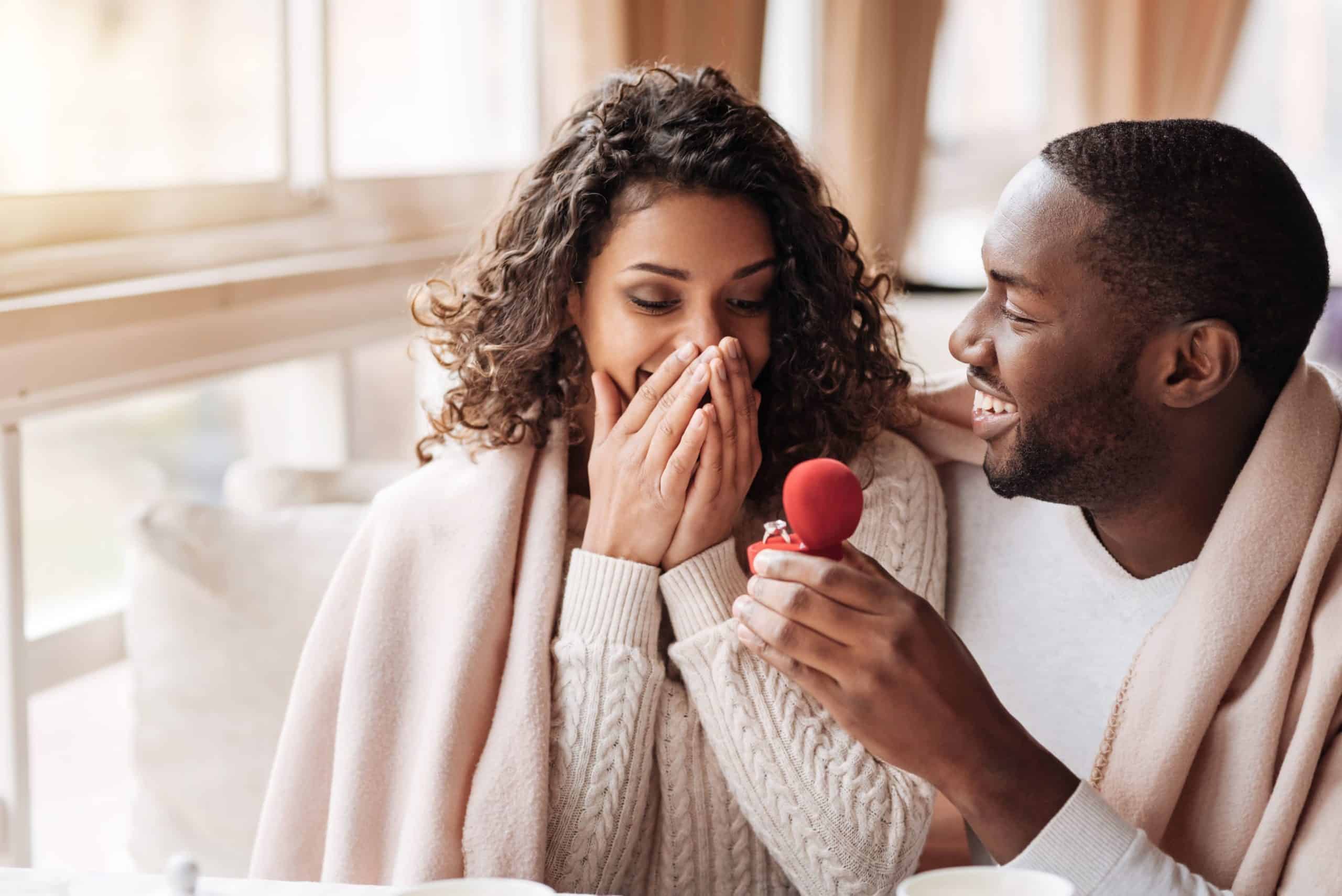 Getting engaged is a huge deal, and with proposal season in full swing, you’re likely to see tons of engagement announcements across your social media feeds. If you’re using other couples’ engagement stories as inspiration for your proposal, you will have noticed that hardly any two engagements are the same.

Engagement traditions are changing, with couples more willing to break the etiquette rules that have so far stood the test of time. Here we detail just some of the engagement traditions modern couples are turning on their heads to create their own magnificent moments.

In times gone by, when it came to proposals, the grander the gesture, the better. Whether it was splashing out on an a la carte meal and dropping down on one knee in front of the entire restaurant or heading to some tropical location to indulge your fiancée-to-be before popping the question, proposals were the biggest public displays of affection you could get.

Many of the couples of today however are keeping their proposals relaxed and away from prying eyes.

Personalised proposals that carry sentimental value are the way forward. Here are just 5 laid back proposal ideas that will make you and your partner smile.

If you’re planning to get down on one knee, you’ll be needing a sparkler to adorn your new fiancée’s finger, or do you?

Choosing the engagement ring has so far been a solo mission for grooms-to-be who have enough on their plate planning the perfect proposal. Shopping for an engagement ring alone and before the proposal, however, is fast becoming a thing of the past.

Shopping together for an engagement ring is a great experience and one that can enrich that just engaged feeling, bringing the couple closer together. By shopping together expectations can be set, and contrary to popular belief, you can do this before or after the proposal.

Taking a look at the styles available before that question is popped, won’t ruin the surprise of a future engagement. It’ll make your partner feel seen and heard, and give the person proposing plenty of ideas about what their fiancée likes and doesn’t like.

People have been abiding by the ‘three months’ salary’ rule for as long as we can remember. It’s an engagement etiquette rule that goes back to the 1930s when historic diamond jewellery retailer De Beers urged people to spend at least three months’ salary on an engagement ring in a marketing campaign in a bid to increase sales of their diamond rings. The rule stuck until now.

With so much choice available in the engagement jewellery market, and styles to suit all tastes and budgets, couples no longer feel restricted by the three months’ salary rule.

The rise of gemstone jewellery for engagements is also making shopping for that perfect ring more affordable. Lab-created diamonds provide more options for those looking to reduce their spending without compromising on cut or clarity.

As PureWow explains, lab-created diamonds aren’t just great for your budget, they’re great for the planet too:

“Climate change has long been a hot topic, and for the environmentally-conscious couples out there, lab-created diamonds will continue to be a go-to. Not only are they kinder to the planet because there’s no mining involved, but they’re also guaranteed to be conflict-free, which makes them more ethical. But just because these diamonds are grown in a lab doesn’t mean they have less value.”

Making your big proposal an even bigger surprise is seen as a must. Yet modern-day couples are reinventing this rule too.

If you think that your partner has an inkling about the proposal that’s okay. It’ll only help you clarify together whether you’re ready for marriage and ensure how you propose really wows your partner. You could even join an increasing number of couples who go for joint proposals!

An inside look into the wedding of Mr & Mrs Dawes

July 10th 2018
Add a little extra SPARKLE to your wedding this Christmas...Tell me more!